The 2019 Emmy’s had one surprising and resounding trend: Red and Pink!

All pieces are available or create your own custom piece

Typically, when you think of Sapphires, blue is the color that comes to mind.  Sapphire, the September birthstone, however can naturally occur in a rainbow of hues. After blue, pink is most popular.  Certain shades of pink can actually draw higher prices than some shades of blues. The remarkable hardness of sapphire, which measures 9 on the Mohs scale, is second only to diamonds, which makes them a perfect choice for everyday wear or a heirloom piece. 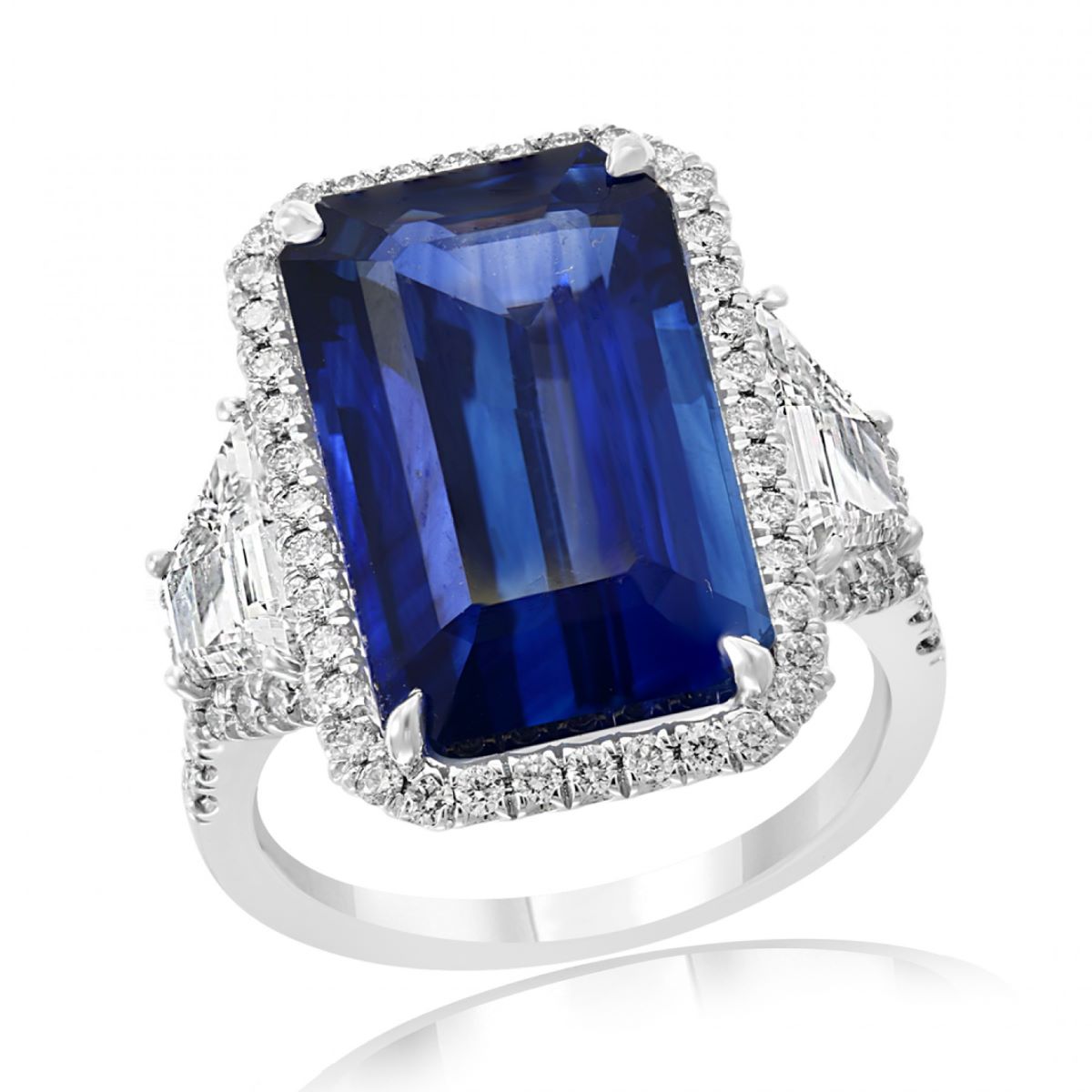 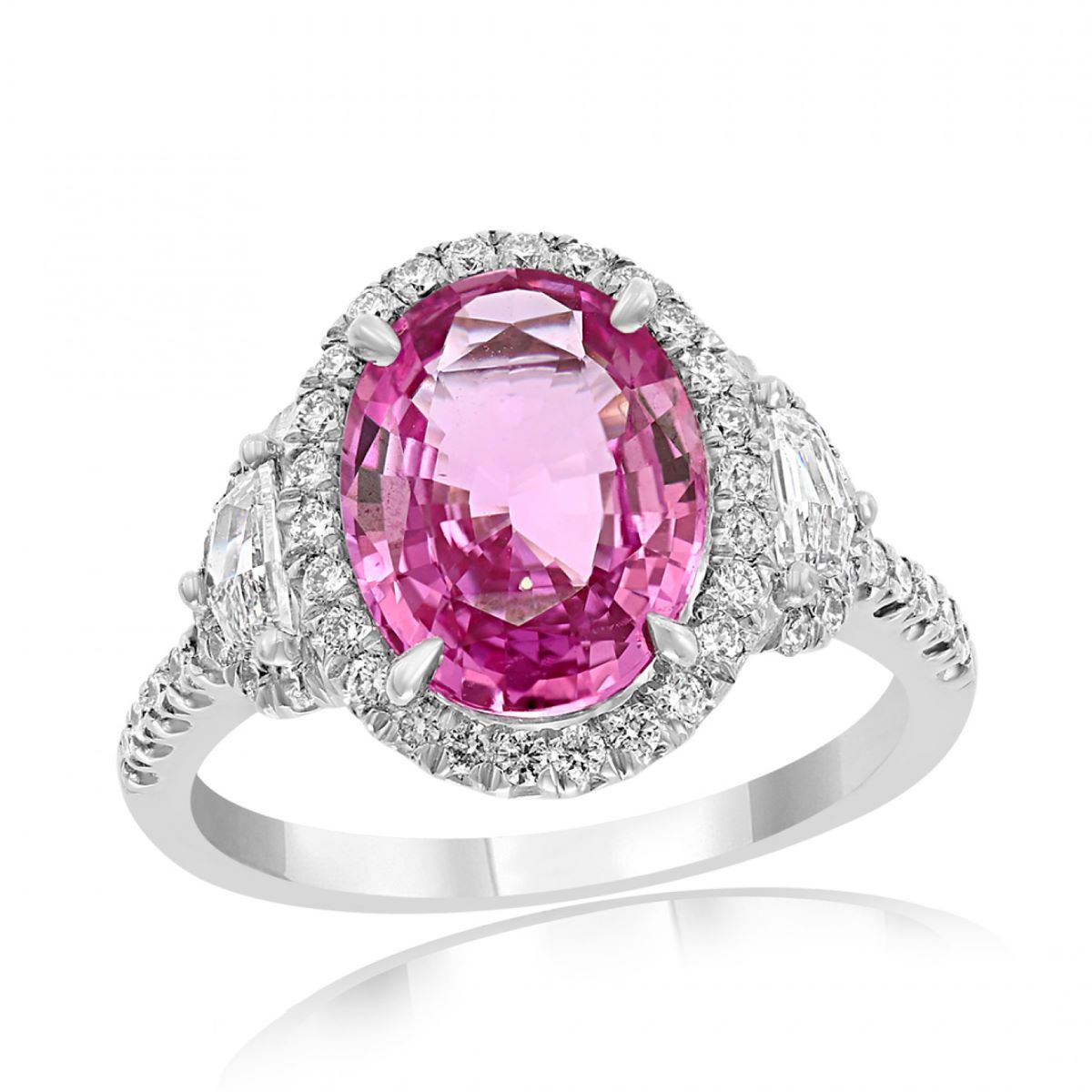 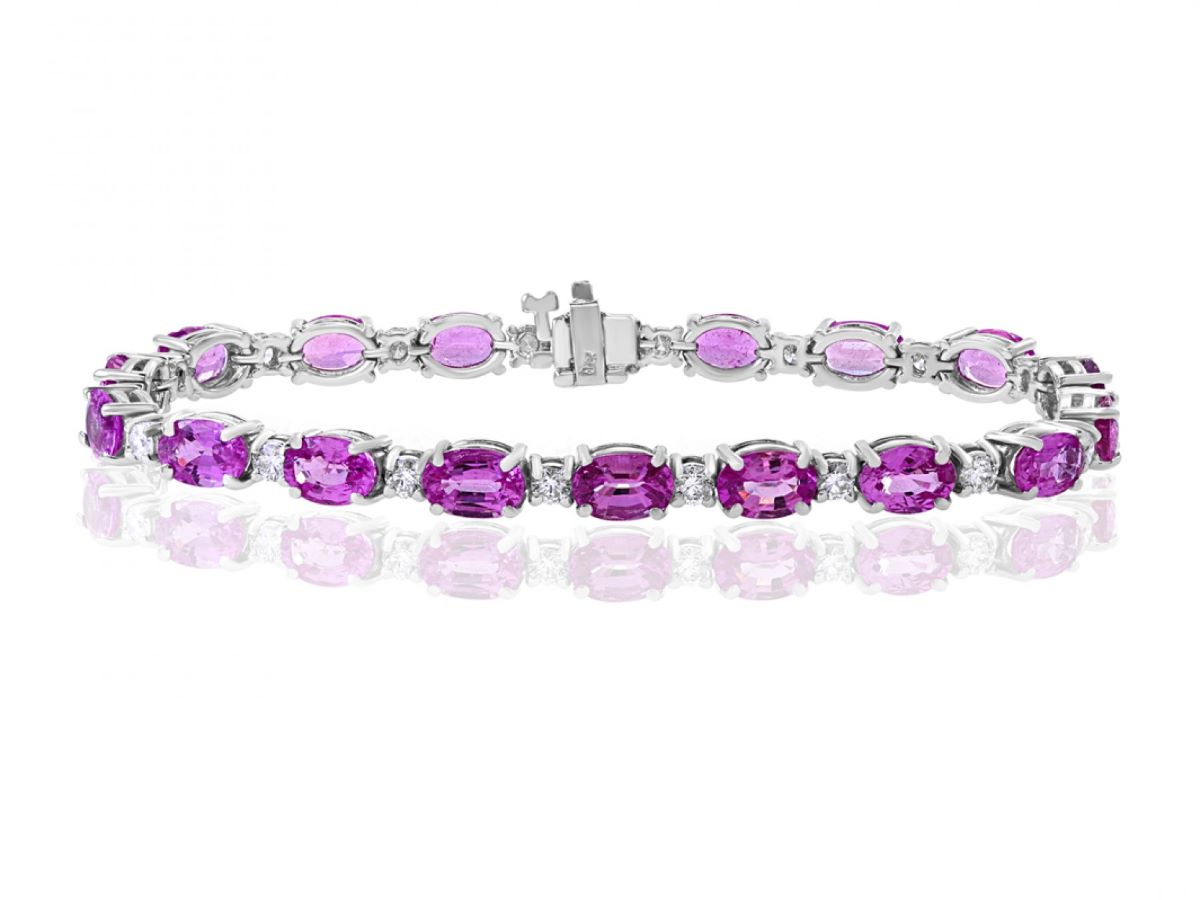 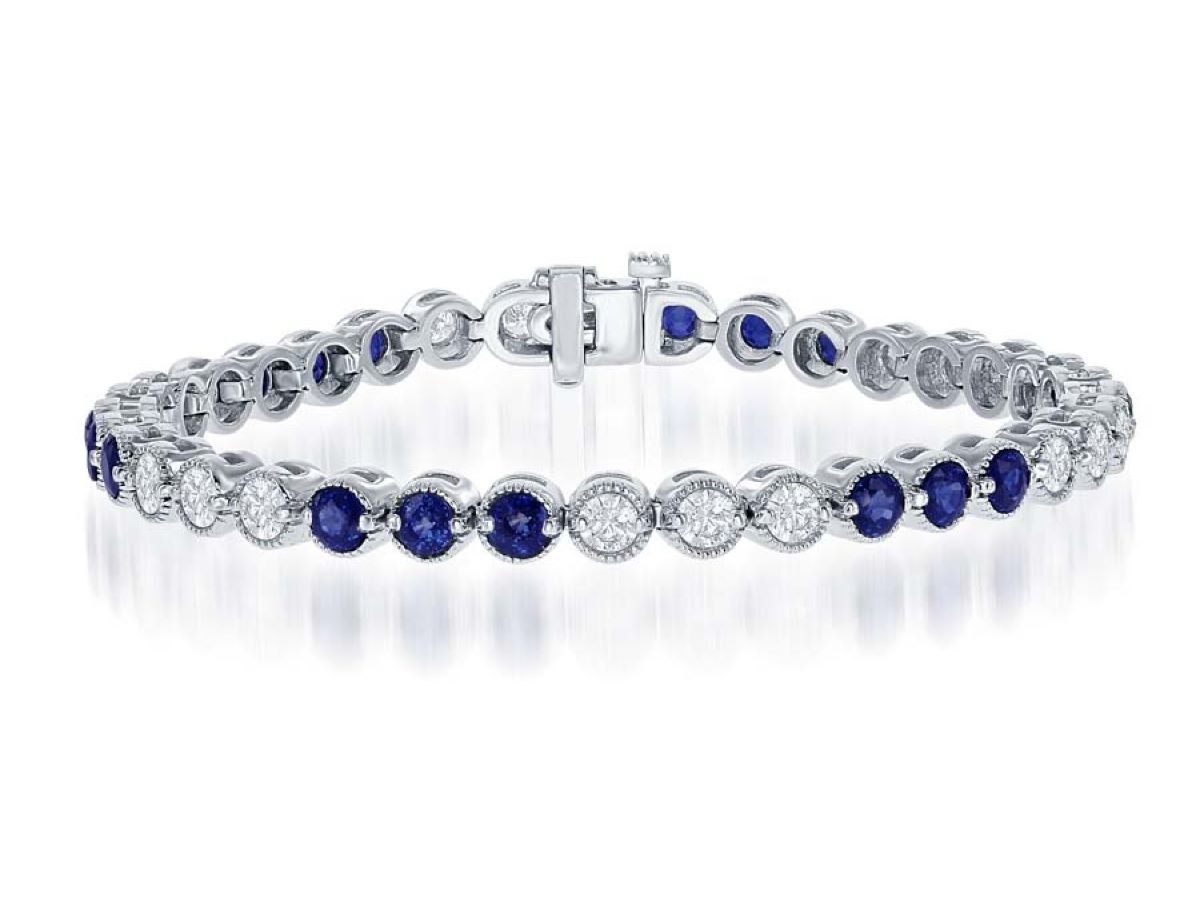 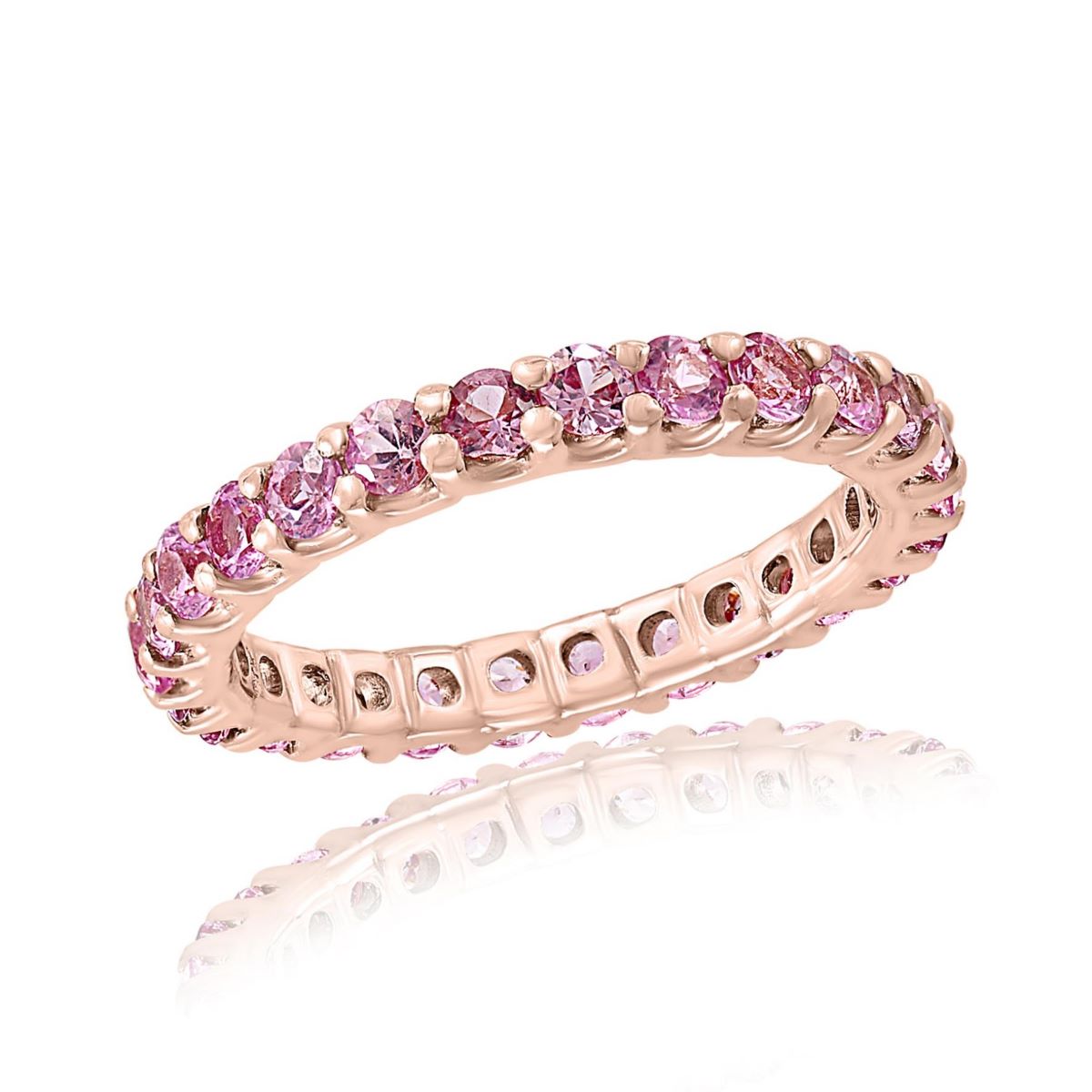 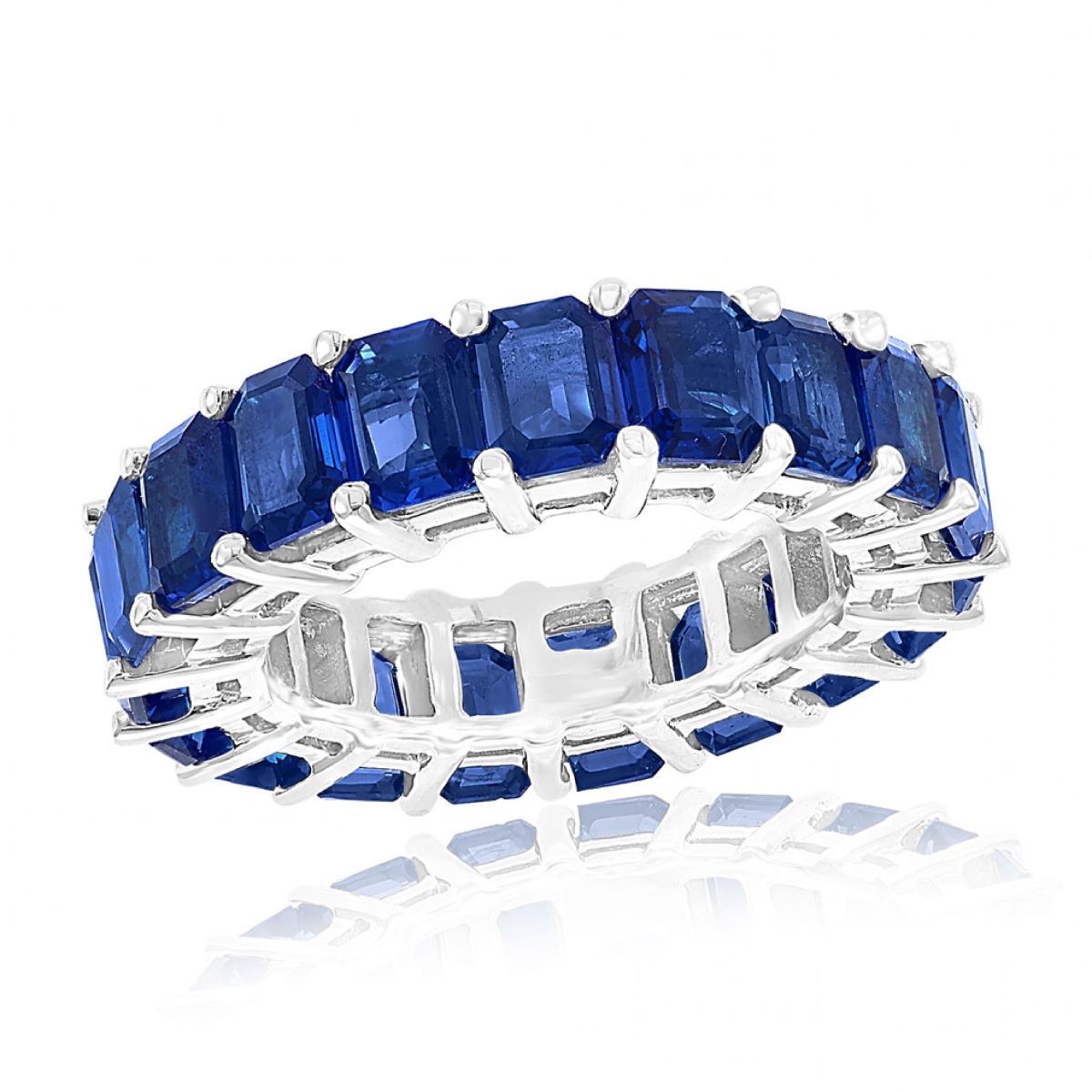 See all of these plus so much more, by checking out our full listing of Sapphires Here

Thank You, Chris, for all the kind words in our latest 5 Star Google Review!

“First I want to say that dealing with Keith was probably one of the best experiences I’ve had across any product I’ve purchased. His knowledge and especially customer service really is that exceptional. Like others I visited so many different places, talked to countless people throughout NY/NJ, and I never once felt comfortable or felt I was not being pressured into buying something at a fair price. Keith was 100% the opposite of that.

From the first meeting even the initial few minutes I could tell it was going to be different. He listened, heard what I was looking for, and overdelivered within my budget. No pressure! It was the best pricing by a long shot trust me for a GIA certified stone. I learned a lot from Keith throughout and felt a genuine care to do the right thing at every meeting. Follow through post-purchase was so good my fiance and I decided to go back and also purchase our wedding bands through Keith. Another exceptional experience. I will never hesitate to do business with Keith and you shouldn’t either.”

Congratulations to the new Mr. and Mrs. Shankoff!

A 10.64-carat fancy vivid purplish pink internally flawless diamond is the top lot of Sotheby’s Hong Kong Magnificent Jewels and Jadeite sale on October 7. Its estimate is $19.1 – $25.5 million.  Sotheby’s says this gem is rare in size, quality and color. Only one percent of all pink diamonds graded by the Gemological Institute of America are larger than 10 carats. In addition, fewer than four percent of all pink diamonds are considered “fancy vivid,” which is a measure of its strength of color. It’s the highest rating in the GIA fancy colored diamond scale. The auction house further says this gem is polished as a radiant cut, with the outline of an emerald-cut diamond combined with the scintillation of a brilliant-cut diamond.

It is one of three exceptional diamonds that will be part of the sale at the Hong Kong Convention & Exhibition Centre. An 80.88-carat colorless diamond with “excellent color and clarity” is one of only five emerald-cut diamonds exceeding 80 carats ever to have been offered at auction.  The diamond is D color, with exceptional transparency, according to the auction house due to being cut from a Type IIa rough gem, which represent less than 2% of all diamonds mined. Its estimate is $9.9 – $12.7 million.

The third gem is a 100.02-carat fancy intense yellow diamond set in a necklace designed by Anna Hu. Sotheby’s commissioned the high jewelry artist to create the piece around the diamond. Titled the “Dunhuang Pipa Necklace,” its estimate is $5 million – $6.25 million. The silhouette of this necklace resembles a Chinese pipa (a four-stringed Chinese lute) attached to lines of a western musical staff in 18k white gold that flows in twists and waves, and sparkles with pavé diamond along the neckline. Hu was inspired by images of women playing the pipa depicted on murals in Dunhuang, considered an oasis for travelers in China’s northwest desert area along the Silk Road. The necklace can be transformed into a brooch and earring.

It’s the best way to start out the week…

Thank you Emily, for our latest review on Wedding Wire!